Indigenous History in the Bay Area

Peninsula Open Space Trust is postponing all in-person events and outings until further notice to prevent the spread of the novel coronavirus (COVID-19) and under the direction of local health authorities. We look forward to bringing our community together through fun, engaging and informative events again once doing so is deemed safe. We make this decision with the health and wellbeing of our wonderful supporters in mind.

If you’re looking to get outside, check out our hikes-finder tool or our recreational field guides.
Upcoming Events View Past Events 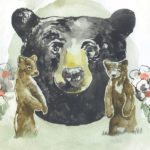 Event Details
Join POST and Midpeninsula Regional Open Space District for the Wild & Scenic Film Festival: Virtual — a collection of short films that highlight environmental issues from across the country, and tell inspiring stories of people and their relationships to nature. Watch the selections for free in the comfort of your own home.
Get Tickets 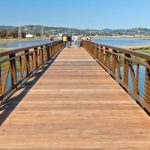 Event Details
Join POST and SFBBO for a fun and unique opportunity to volunteer at Bair Island and support its incredible ecosystem by weeding, seeding or planting! Sign up now to reserve a spot and help us protect this valuable resource.
Sign Up to Attend! 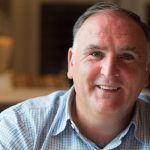 Event Details
Join us for an exciting talk with Chef & Restaurateur José Andrés. José Andrés is a Michelin-starred, James Beard Award-winning Spanish-American chef. He is the author of three cookbooks and the New York Times best-selling book We Fed an Island, which describes how Andrés and his team cooked for hundreds of thousands of hungry Americans in Puerto Rico after the devastation of Hurricane Maria. The talk is part of POST's annual Wallace Stegner Lectures.
Learn more! 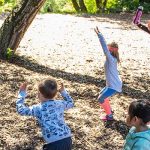 Event Details
Ready for a family-fun and kid-friendly nature event? Head to Huddart Park on April 18th for Family Nature Day! This event is hosted by POST, San Mateo County Parks, and Friends of Huddart & Wunderlich Park. RSVP now to reserve your spots!
Sign-Up to Attend! 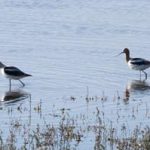 Event Details
Enjoy a leisurely 1.5-mile stroll through inner Bair Island with a docent-led interpretive talk. This walk is great for all ages, as the path is paved and flat. Sign up now to check out this amazing habitat!
Register Now!

Subscribe to our newsletter to learn about upcoming events and what POST is doing to protect and care for open space.